MIT has offered courses on everything from pirate training to “street-fighting math,” but a new robotics class is truly one for the birds.

This spring, a hands-on course housed at MIT’s Computer Science and Artificial Intelligence Laboratory (CSAIL) took students on a trip to “Duckietown.” The class’ goal was to create a fleet of 50 duckie-adorned self-driving taxis that can navigate the roads of a model city with just a single on-board camera and no pre-programmed maps.

Beyond the class, Duckietown’s leaders have larger ambitions: to work with roboticists around the world to incorporate their open-source teaching materials and $100 “Duckiebot” design into other schools’ programs. 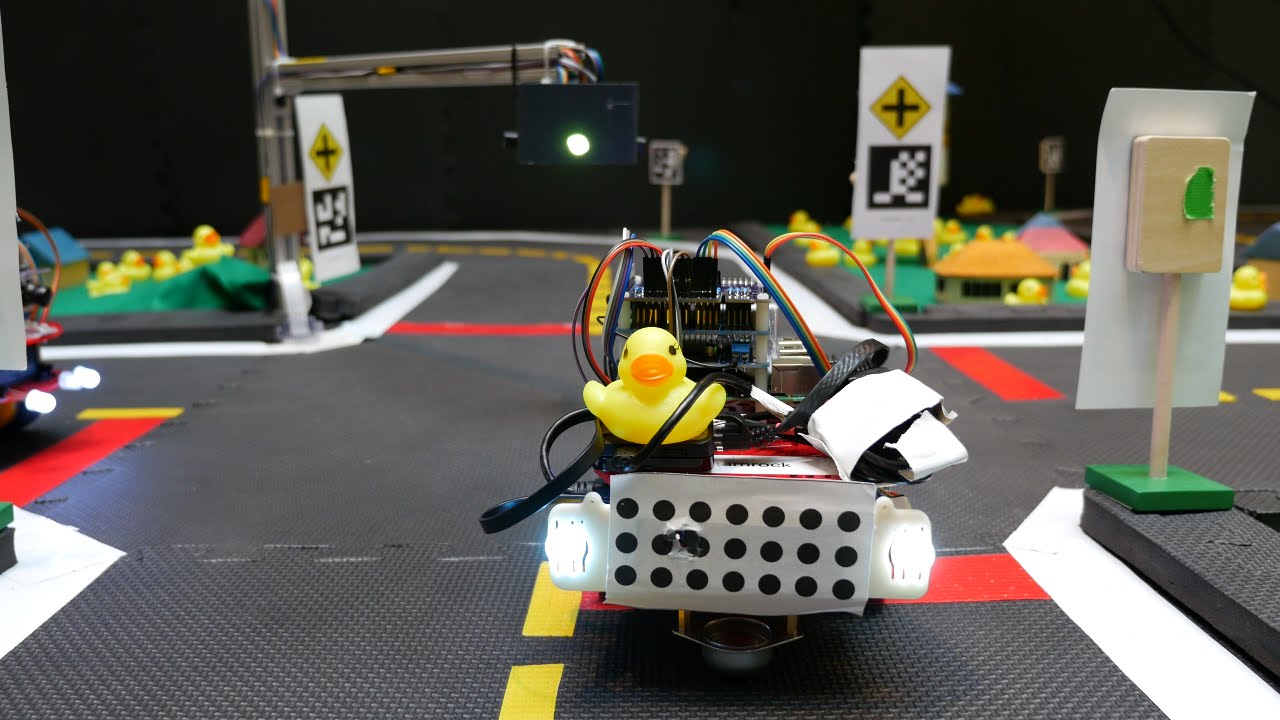 This spring, a hands-on course housed at MIT’s Computer Science and Artificial Intelligence Laboratory (CSAIL) took students on a trip to “Duckietown.” The class’ goal was to create a fleet of 50 duckie-adorned robo-taxis that can navigate roads with just a single on-board camera and no pre-programmed maps.

“We believe a tool like this will help create a common platform and language for researchers to build on,” says CSAIL postdoc Liam Paull, who co-leads the new course with research scientist Andrea Censi from the Laboratory for Information and Decision Systems (LIDS). “We hope this will make it easier for computer scientists to continue to work together to bring autonomous vehicles into the real world.”

Paull has also been using the platform to prototype algorithms as part of his work for CSAIL’s recently announced $25 million collaboration with Toyota on autonomous cars.

The class will unveil the meticulously rendered city of Duckietown at Saturday’s MIT Open House. Taking place from 10 a.m. to 3 p.m., the event will feature several other CSAIL demos in and around the Stata Center, including a robotic garden, a voice-controlled calorie counter, and projects related to MIT App Inventor and the World Wide Web Consortium (W3C).

As its founders will tell you, Duckietown is much more than a class. Like any tech startup, Duckietown Engineering Company has its own email server, human resources department, board of trustees, and team of coders with titles like “Master of Traffic Lights.” As “COO” and “CTO,” Paull and Censi even bought duck-ties for the whole staff and developed an elaborate company origin story involving Canadian karaoke bars and sake.

To create a consistently accurate system, the students had to make various tradeoffs with respect to computation, sensor resolution, and speed. For example, is it better to have sophisticated algorithms with cheaper hardware, or simpler algorithms with more reliable hardware?

“We thought about key problems like integration and co-design,” says Censi. “How do we make sure that systems that developed separately will work together? How do we design systems that maximize performance while sharing resources? It’s a delicate balancing act in weighing the relative importance of different infrastructure elements.”

Duckietown was a collaborative effort involving more than a dozen people from CSAIL and LIDS, as well as three departments: Mechanical Engineering, Aeronautics and Astronautics, and Electrical Engineering and Computer Science. The course was overseen by professors Jonathan How, John Leonard, and Daniela Rus, who said that students are expected to eventually write research papers on their projects.

Duckietown was funded, in part, by the National Science Foundation.